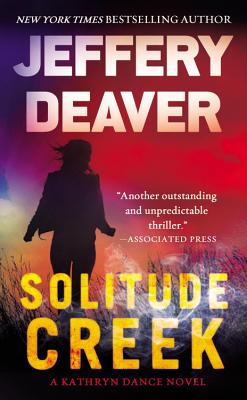 Jeffery Deaver, "the master of manipulation" (Associated Press) and "the most creative, skilled and intriguing thriller writer in the world." (Daily Telegraph, UK) returns with the new, long-awaited, Kathryn Dance thriller.

A tragedy occurs at a small concert venue on the Monterey Peninsula. Cries of "fire" are raised and, panicked, people run for the doors, only to find them blocked. A half dozen people die and others are seriously injured. But it's the panic and the stampede that killed them; there was no fire.

Kathryn Dance--a brilliant California Bureau of Investigation agent and body language expert--discovers that the stampede was caused intentionally and that the perpetrator, a man obsessed with turning people's own fears and greed into weapons, has more attacks planned. She and her team must race against the clock to find where he will strike next before more innocents die.

"Numerous surprises are in store for Kathryn Dance (and the reader) in bestseller Deaver's stellar fourth novel featuring the California Bureau of Investigation kinesics expert...Deaver's meaty thrillers are as good as they come."
—Publishers Weekly (starred review)

"Riveting...[Deaver] is definitely the Master of Suspense."
—Crimespree Magazine

"Numerous surprises are in store for Kathryn Dance (and the reader) in bestseller Deaver's stellar fourth novel featuring the California Bureau of Investigation kinesics expert...Deaver's meaty thrillers are as good as they come."—Publishers Weekly (starred review)

"Chillingly effective...Jeffery Deaver's quadriplegic detective has never been better...Equal parts Marathon Man and top-notch political thriller, this is Deaver at the top of his game. Rhyme remains the most original hero in thriller fiction today who may have met his match in Swann. Not to be missed."—Providence Sunday Journal on The Kill Room

"Written with Deaver's usual keen eye for dialogue and character and featuring his customary right-angle plot twists, the novel will be a sure-fire hit."—Booklist on XO