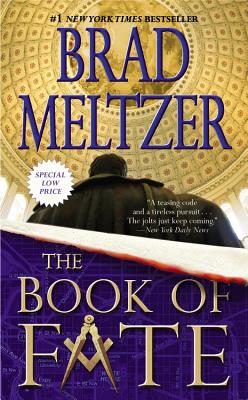 
So says Wes Holloway, a young presidential aide, about the day he put Ron Boyle, the chief executive's oldest friend, into the president's limousine. By the trip's end, a crazed assassin would permanently disfigure Wes and kill Boyle. Now, eight years later, Boyle has been spotted alive. Trying to figure out what really happened takes Wes back into disturbing secrets buried in Freemason history, a decade-old presidential crossword puzzle, and a two-hundred-year-old code invented by Thomas Jefferson that conceals secrets worth dying for.

Brad Meltzer is the author of the #1 New York Times bestsellers The Inner Circle, The Book of Fate, and six other bestselling thrillers. His nonfiction books, Heroes for My Son and Heroes for My Daughter, were also New York Times bestsellers. He is the host of the History Channel series Brad Meltzer's Decoded and the Eisner Award-winning writer of Justice League of America. A graduate of the University of Michigan and Columbia Law School, he currently lives in Florida. You can find much more about him at www.BradMeltzer.com. You can also see what he's doing right now at Facebook.com/bradmeltzer and Twitter.com/bradmeltzer.
Loading...
or
Not Currently Available for Direct Purchase