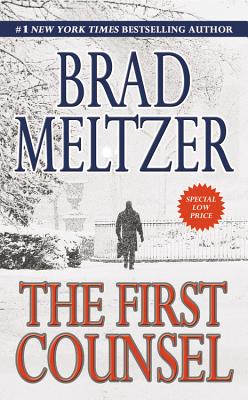 John F. Kennedy, Jr., was Lark. Amy Carter was Dynamo. Chelsea Clinton was Energy. Meet Shadow. Shadow is the Secret Service code name for First Daughter Nora Hartson. And when White House lawyer Michael Garrick begins dating the irresistible Nora, he's instantly spellbound, just like everyone else in her world. Then, late one night, the two witness something they were never meant to see. Now, in a world where everyone watches your every move, Michael is suddenly ensnared in someone's secret agenda. Trusting no one, not even Nora, he finds himself fighting for his innocence-and, ultimately, his life.

Brad Meltzer is the author of the #1 New York Times bestsellers The Inner Circle, The Book of Fate, and six other bestselling thrillers. His nonfiction books, Heroes for My Son and Heroes for My Daughter, were also New York Times bestsellers. He is the host of the History Channel series Brad Meltzer's Decoded and the Eisner Award-winning writer of Justice League of America. A graduate of the University of Michigan and Columbia Law School, he currently lives in Florida. You can find much more about him at www.BradMeltzer.com. You can also see what he's doing right now at Facebook.com/bradmeltzer and Twitter.com/bradmeltzer.
Loading...
or
Not Currently Available for Direct Purchase