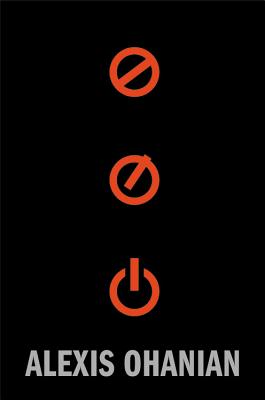 Without Their Permission (Hardcover)

How the 21st Century Will Be Made, Not Managed

A WALL STREET JOURNAL BESTSELLER As Alexis Ohanian learned when he helped to co-found the immensely popular reddit.com, the internet is the most powerful and democratic tool for disseminating information in human history. And when that power is harnessed to create new communities, technologies, businesses or charities, the results can be absolutely stunning.

In this book, Alexis will share his ideas, tips and even his own doodles about harnessing the power of the web for good, and along the way, he will share his philosophy with young entrepreneurs all over the globe.

At 29, Ohanian has come to personify the dorm-room tech entrepreneur, changing the world without asking permission. Within a couple of years of graduating from the University of Virginia, Ohanian did just that, selling reddit for millions of dollars. He's gone on to start many other companies, like hipmunk and breadpig, all while representing Y Combinator and investing in over sixty other tech startups. WITHOUT THEIR PERMISSION is his personal guidebook as to how other aspiring entrepreneurs can follow in his footsteps.

In additon to starting Reddit.com, Alexis Ohanian has also been instrumental in other successful online ventures, including HipMunk and BreadPig.

He lives in Brooklyn but remains a diehard fan of the Washington Redskins.

Praise For Without Their Permission: How the 21st Century Will Be Made, Not Managed…

"It's rare that a thirty-year-old has a memoir worth writing-let alone worth reading-but Alexis Ohanian's WITHOUT THEIR PERMISSION is an exception. This book is full of useful advice for entrepreneurs of all ages, and Alexis describes his remarkable accomplishments with an endearing combination of geekiness, enthusiasm, and sincerity."
-Nate Silver, author and statistician, FiveThirtyEight blog, New York Times


"WITHOUT THEIR PERMISSION shows how anyone can use the power of the Internet to make the world a much cooler place to live."
-Tony Hsieh, New York Times bestselling author of Delivering Happiness and CEO of Zappos.com, Inc.


"Software is eating the world and WITHOUT THEIR PERMISSION is your ultimate cookbook."
-Marc Andreessen, cofounder and partner at Andreessen Horowitz


"In WITHOUT THEIR PERMISSION, Alexis Ohanian shows you how to share your great ideas with an unlimited world online. Ohanian charts a course for you to build a business, or create a following, or just expand your world and those of people you haven't even met. What you'll learn from Ohanian isn't taught in any school or in any modern curricula. It is the knowledge of the future-to create a better world."
- Soledad O'Brien, Journalist, CEO, Starfish Media Group

"Alexis talking about the internet is like Sid Vicious talking about punk. Analysts merely adopted it, but Ohanian was born in it, molded by it, and is the voice of it. A fascinating story, but more importantly: a crucial insight into the healthy proactive mindset of the tech startup world that will keep defining the future."
- Derek Sivers, founder of CD Baby, author of Anything You Want