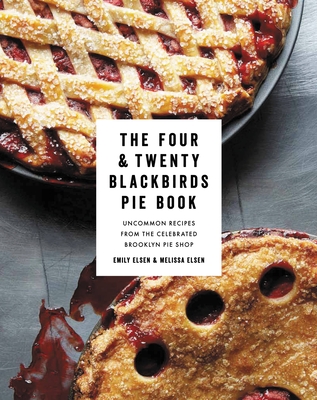 From the proprietors of the renowned Brooklyn shop and cafe comes the ultimate pie-baking book for a new generation of bakers.

With its new and creative recipes, this may not be you mother's cookbook, but it's sure to be one that every baker from novice to pro will turn to again and again.

"The pies we tasted from Four & Twenty Blackbirds were so satisfying and deliriously delicious that they left every other pie we sampled in the dust" --Danny Meyer, CEO, Union Square Hospitality Group


"Emily and Melissa Elsen make pies the way nobody makes pies anymore but everybody used to, which is to say, pies that are buttery and always right for the season and hard to stop eating. It's a score they've decided to share the recipes that put them on the map."-- Frank Falcinelli & Frank Castronovo Chef/Owners of Frankies Spuntino and Prime Meats and authors of Frankies Spuntino Kitchen Companion

Melissa and Emily Elsen are sisters who were raised in South Dakota and worked in their parents' restaurant. They "have serious pie-making cred having grown up at the dough rolling elbow of their grandma Liz." (New York Magazine). After pursuing different careers in their early adulthood, they built a business in Brooklyn, originally custom baking pies together in their Brooklyn apartment, and eventually opening 4 & 20 Blackbirds Cafe, which has been featured in the New York Times, Martha Stewart, and in other great food media.
Loading...
or support indie stores by buying on