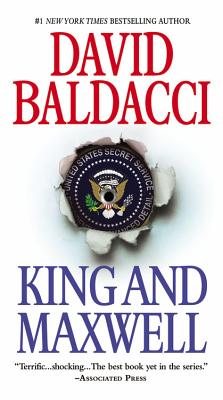 In this #1 New York Times bestselling thriller, when two former Secret Service agents investigate a message from a soldier who was supposedly killed, they're determined to protect his son...even if they pay for it with their lives.

It seems at first like a simple, tragic story. Tyler Wingo, a teenage boy, learns the awful news that his father, a soldier, was killed in action in Afghanistan. Then the extraordinary happens: Tyler receives a communication from his father...after his supposed death.

Tyler hires Sean and Michelle to solve the mystery surrounding his father. But their investigation quickly leads to deeper, more troubling questions. Could Tyler's father really still be alive? What was his true mission? Could Tyler be the next target?

Sean and Michelle soon realize that they've stumbled on to something bigger and more treacherous than anyone could have imagined. And as their hunt for the truth leads them relentlessly to the highest levels of power and to uncovering the most clandestine of secrets, Sean and Michelle are determined to help and protect Tyler--though they may pay for it with their lives.

"Baldacci has crafted another terrific tale with two great protagonists. Just when the story line seems to veer into familiar areas, Baldacci steers it into another shocking direction. This is the best book yet in the series."—Associated Press

"David Baldacci's latest thriller is not only highly relevant, it is also well timed. And the details seem so real that it's hard not to wonder if the author is an insider; the tone is that authentic. An absolute page-turner, KING AND MAXWELL is Baldacci at the pinnacle of his game."—BookReporter.com

"King and Maxwell is a great starting place if you haven't read this Baldacci series. Once you're done with this one, you'll be so curious...that you probably will read them all."—Omaha World-Herald

"King and Maxwell continues to push the plot envelope, raising the stakes both structurally and emotionally . . . Nobody gets you turning the pages better than Baldacci and he's at the height of his powers here. A wondrously constructed and rivetingly told tale."—Providence Sunday Journal