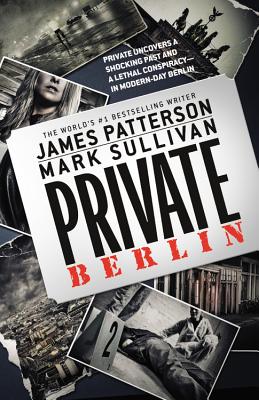 An investigator in Berlin is on the brink of a terrifying discovery that could throw Europe into chaos in this tense thriller-perfect for fans of The Girl with the Dragon Tattoo.
Chris Schneider is a superstar agent at Private Berlin, Germany headquarters for the world's most powerful investigation firm. He keeps his methods secret as he tackles Private's most high-profile cases-and when Chris suddenly disappears, he becomes Private Berlin's most dangerous investigation yet.
Mattie Engel is another top agent at Private Berlin, gorgeous and ruthlessly determined-and she's also Chris's ex. Mattie throws herself headfirst into finding Chris, following leads to the three people Chris was investigating when he vanished: a billionaire suspected of cheating on his wife, a soccer star accused of throwing games, and a nightclub owner with ties to the Russian mob. Any one of them would surely want Chris gone-and one of them is evil enough to want him dead.
James Patterson has taken the European thriller to a masterful new level with Private Berlin, an adrenaline-charged and sexy novel with unforgettable characters of dark and complex depths. Private Berlin proves why Patterson is truly the world's #1 bestselling author.

"Private mixes action, mystery and personal drama...Patterson and Paetro may well be on their way to rivaling--and possibly surpassing--the popularity of their Women's Murder Club series."—BookReporter.com
or
Not Currently Available for Direct Purchase
Copyright © 2020 American Booksellers Association