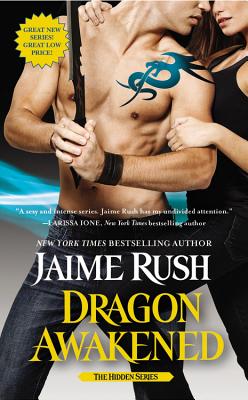 They are the Hidden.
Not quite human. Far from normal.
And never, ever safe . . .
Playing With Fire
Ruby Salazaar wants answers . . . and revenge. Her uncle has just been murdered before her eyes and the name he utters with his final breath - Cyntag - leads Ruby into a world beyond her wildest imaginings. She soon learns that the dark, sexy Cyntag Valeron knows more about her than she does herself.

Ruby changed Cyn's life before she even knew who he was. Now she charges into his life, a beautiful woman full of fire and questions. Cyn knew this day would come, yet he couldn't foresee the danger - and desires - Ruby would bring with her. He can teach her how to harness her newly awakened powers. But there is one force neither of them can control . . .

"4 Stars! Rush is back with an exhilarating new paranormal romance series that features supernatural creatures hidden amongst the population. A hallmark of a Rush novel is her excellent blending of character motivation and plot dynamics-this series is off to a terrific start!"—RT Book Reviews on Dragon Awakened

"The race to find other Offspring kicks into high gear in the second installment of Rush's gritty and spooky series. Chillingly good!"—RT Book Reviews on Out of the Darkness

"Rush ratchets up the fear factor as Offspring with frightening powers are pitted against each other. This one will take your breath away!"—RT Book Reviews on Touching Darkness

Things that go bump in the night have always fascinated Jaime Rush. Sometimes those things are human; other times, not so much. Now she has twisted them all together in the Hidden, a trilogy about humans with the essence of gods who walk the knife's edge between the glamour of Miami and a place filled with dark magick and dangerous beauty.

Jaime is the author of the Offspring series and also writes under the name Tina Wainscott. She is the bestselling author of eighteen romance novels. She lives in Southwest Florida with her husband, daughter, and cat.