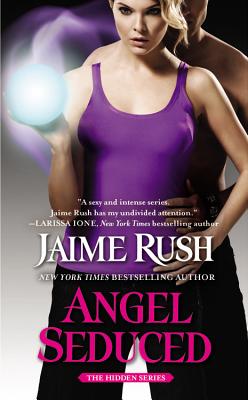 Kye knows that her boyfriend Kasabian is in grave danger, investigating a series of kidnapped children. She knows he's pushing her away for her own safety, but she won't let him face it alone.

Kasabian will risk anything to rescue the children, and he has a bold plan to allow himself to be taken hostage by the kidnapper, Silva. While he tries to reason with Silva, Kye is racing again time to discover where the kidnapper is holding him.

If Kye is reunited with Kasabian, will their combined powers be enough? The fate of the Crescents - and Kye and Kasabian's hearts - hang in the balance.

"4 Stars! "Rush is back with an exhilarating new paranormal romance series that features supernatural creatures hidden amongst the population. Rush's new heroin is unaware of her unique heritage until the murder of her uncle reveals nothing is as it seems. A hallmark of a Rush novel is her excellent blending of character motivation and plot dynamics-this series is off to a terrific start!"—RT Book Reviews on Dragon Awakened

Things that go bump in the night have always fascinated Jaime Rush. Sometimes those things are human; other times, not so much. Now she has twisted them all together in the Hidden, a trilogy about humans with the essence of gods who walk the knife's edge between the glamour of Miami and a place filled with dark magick and dangerous beauty.

Jaime is the author of the Offspring series and also writes under the name Tina Wainscott. She is the bestselling author of eighteen romance novels. She lives in Southwest Florida with her husband, daughter, and cat.