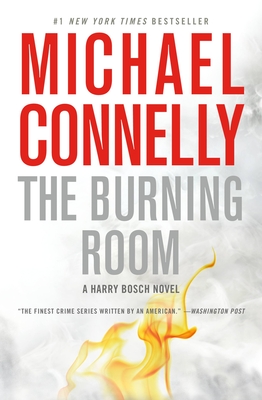 "This is the finest crime series written by an American....There are few fictional characters we know so well; Harry is an old friend now."
—Patrick Anderson, Washington Post

"Bosch has become one of the most popular and enduring figures in American crime fiction."
—Kevin Nance, Chicago Tribune

"Connelly proves again that neither he nor Bosch has lost his touch."
—Christian DuChateau, CNN

"Harry Bosch is as formidable as he ever was."
—Sherryl Connelly, New York Daily News

Michael Connelly is the author of twenty-eight previous novels, including #1 New York Times bestsellers The Crossing and The Burning Room.  His books, which include the Harry Bosch series and Lincoln Lawyer series, have sold more than sixty million copies worldwide.  Connelly is a former newspaper reporter who has won numerous awards for his journalism and his novels and is the executive producer of Bosch, starring Titus Welliver.  He spends his time in California and Florida.
Loading...
or support indie stores by buying on
(This book is on backorder)