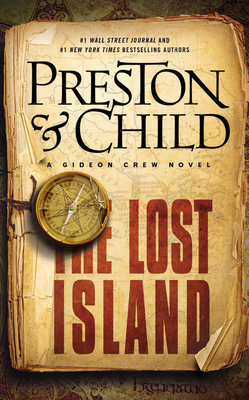 "The action zigzags like an out-of-control rocket toward a double-deceptive conclusion."
—Kirkus Reviews on Gideon's Corpse

"Gideon, an engaging fellow from the get-go, lives up to his initial promise, demonstrating an intelligence and resourcefulness that should endear him to adventure fans."
—Booklist on Gideon's Corpse

"Like Michael Crichton, Preston and Child weave their stories at a thrilling pace...Preston and Child never fail to entertain. And GIDEON'S CORPSE is a thriller that ranks high among their many co-authored offerings to date."
—BookReporter.com

"Ever timely and provocative, Douglas Preston and Lincoln Child have given us yet another one of their taut page-turners in GIDEON'S CORPSE...The issue is never if he'll escape, but how. It's the thrill of the ride that counts, and GIDEON'S CORPSE gives the reader a front seat."
—Albuquerque Journal on Gideon's Corpse

"The writing is taut and intense with twists and turns to surprise even the die-hard thriller fan...the authors make it fresh and original."
—RT Reviews on Gideon's Corpse

"Sherlock Holmes fans will relish Preston and Child's 13th novel featuring eccentric FBI agent Aloysius Pendergast (after 2012's Two Graves), one of their best in this popular series...easily stands on its own with only passing references to Pendergast's complex backstory."—Publishers Weekly (starred review) on White Fire

"Preston and Child have done it again! WHITE FIRE continues their white hot streak of bestselling suspense as the most eccentric and ruthlessly clever FBI agent in the business, Pendergast, takes on old money and even older secrets with some literary help from Sherlock Holmes. Simply brilliant!"
—Lisa Gardner on White Fire