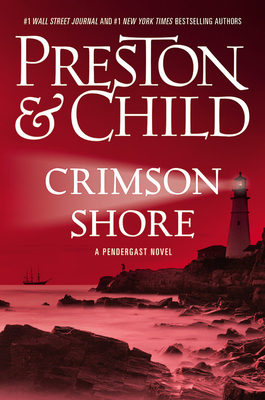 "New readers will be hooked...Die-hard fans will add this to their must-read lists."
—Library Journal (Starred Review) - November 2015 LibraryReads Pick

"One of the best thriller series of all time."
—Examiner.com

"It's like Christmas for lovers of suspense when the words Preston & Child once again appear on a book cover. It's a truly great Christmas when the main character of that novel is Aloysius X.L. Pendergast. For those who have read these books voraciously, it's not a surprise to learn that this latest tale is one that will keep you riveted until the very end...Preston & Child continue to make these books the absolute best there is in the suspense realm."
—Suspense Magazine

"Secrets and mysteries abound...the shock and twist are perfect. The unusual becomes believable and normal in the authors' capable hands."
—Associated Press

"Douglas Preston and Lincoln Child have created one of the most distinctive-and eccentric-sleuths in the history of crime fiction. FBI Special Agent Aloysius X. L. Pendergast...solves crimes as no one else does."
—Maine Sunday Telegram

"The Pendergast novels combine elegant prose with sharp-witted storytelling, and the FBI agent continues to be one of thrillerdom's more engaging characters."
—Booklist

"Douglas Preston and Lincoln Child have fashioned their most complex, ambitious entry yet in their stellar Aloysius Pendergast series...a perfect puzzle of a tale that would challenge the wits of even Sherlock Holmes. A twist-filled, tour de force of classical storytelling."
—Providence Journal