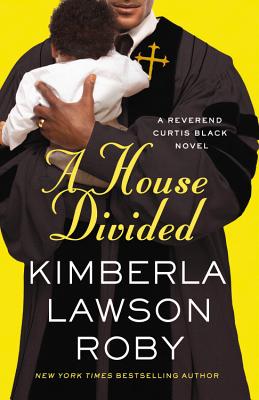 Life is close to perfect for the Reverend Curtis Black and his wife, Charlotte--except their son Matthew and his girlfriend, Racquel, are about to become parents at the tender age of eighteen. Even though Curtis and Charlotte wish Matthew could focus on Harvard instead of fatherhood, they are determined to welcome their new grandson with open arms. But for Charlotte, welcoming her future in-laws is another story. Try as she might, Charlotte can't stand Racquel's mother, Vanessa--and the feeling appears to be mutual.

When the tension between Charlotte and Vanessa finally erupts, the stress sends an already-fragile Racquel into early labor. Everyone is quick to blame Charlotte, including Matthew and Curtis. That her own husband would side with someone else infuriates Charlotte and strains the relationship they've only recently been able to repair. Her one ally is Racquel's father, but that brings problems of its own.

While Charlotte schemes against Vanessa, Curtis is consumed with his own concerns about Deliverance Outreach. A mysterious figure from his past has been sending Curtis cryptic messages threatening to take away Curtis's coveted position as senior pastor and destroy everything he has worked so hard for. But who could hate Curtis that much? And how can he fight an enemy he can't even name?

Times of trouble are descending upon the Black family in more ways than one. Will they be able to overcome their challenges and stand together against someone who could take it all away? Or is the Black family finally out of miracles?

Kimberla Lawson Roby is the New York Times bestselling author of the highly acclaimed Reverend Curtis Black Series. She lives with her husband in Rockford, Illinois.


Praise For A House Divided (A Reverend Curtis Black Novel #10)…

"For those thousands of fans, who can't get enough of the 'good' reverend and his wives, this is a book that should not be missed."—Philly.com

"Lively, action packed and full of sassy sensuality, Roby once again has created a story that grabs the reader's attention and holds it until the very end."—Las Vegas Review on Love, Honor, and Betray

"Engrossing...the writing is cinematic and the juicy plot moves quickly...Roby has a talent for underscoring the universal challenges of people of faith, and more often than not, that strength carries the story."—Publishers Weekly on THE REVEREND'S WIFE

"Love, Honor and Betray is an entertaining read and remains true to Roby's style of creatively telling a story."—The New York Amsterdam News

"An intense gem in an authentic voice."—Publishers Weekly on A DEEP DARK SECRET

"Roby [deals] with real issues in her novels."—Ft. Lauderdale Sun-Sentinel

"Kimberla's writing is magical."—Lolita Files, author of Scenes from a Sistah

"Kimberla Lawson Roby is a true writer, a storyteller at the top of her game."—Eric Jerome Dickey

"Roby writes with high-octane levels of emotion. She pushes her characters hard, spotlighting their flaws, showcasing their weaknesses, drawing in the readers to be more than bystanders."—USA Today
or
Buy Here
Copyright © 2020 American Booksellers Association