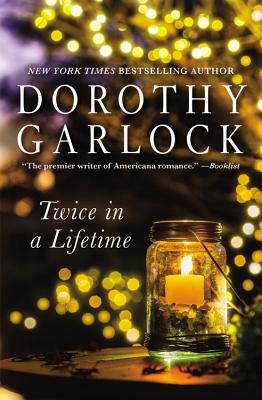 Sunset, Missouri, 1954. As hope flourishes in postwar America, a young widow dares to dream of a second chance at a forever love . . .

Clara Sinclair has learned to live one lonely day at a time. It was the only way she managed to survive her husband's death in World War II and raise their young son alone. But now she's at a loss as to how to handle the defiant teenager he has become, even as she struggles to keep her family financially afloat. She's fresh out of ways to turn her luck around-until a daring stranger's unexpected kindness sparks hope she hasn't felt in a long time...

Drake McCoy lives for risk, speed, and putting his incredible drag racing skills to the test. One night in this quiet rural town is all he needs to win a big score and be on his way . . . until he meets Clara. Drawn in by her quiet strength and her beauty, Drake is tempted to become someone he never imagined-a family man.

But a vicious and unseen enemy is closing in fast, throwing Drake and Clara's fragile future into a dangerous tailspin. Can their love survive?

Praise For Twice in a Lifetime…

"Garlock's terrific story, set in mid-20th-century Missouri, pairs a lonely single mother with a flashy auto racer...Garlock keeps readers so wrapped up in Drake and Clara's romance that it's impossible to put the book down. There's just enough tension, from a few different fronts, to keep things interesting. Thoroughly credible characters and the aw-shucks charm of their small town make this a winner."
—Publishers Weekly starred review

"A gentle tale of love lost and found...The charm is in the telling, with historical details and light touches to make the town of Sunset, Missouri, seem real, not idealized. A feel-good love story that comforts...Garlock excels at creating an experience her readers want, one that's still heartwarming..."
--Kirkus Reviews on Twice in a Lifetime—-

"There is nothing better than Dorothy Garlock at her best."
--- Sandra Brown, New York Times bestselling author—-

"The latest from romance doyenne Garlock mixes light suspense with traditional romance for an entertaining effect."
--Booklist on Under a Texas Sky—-

Dorothy Garlock is the author of more than 50 novels that have sold 15 million+ combined copies and are published in 15 languages. She lives in Iowa.
Loading...
or
Not Currently Available for Direct Purchase