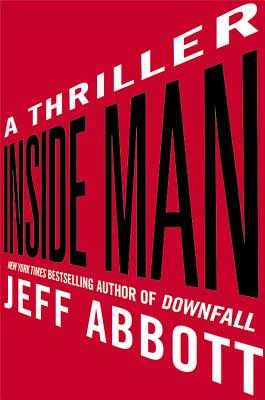 Inside Man (The Sam Capra Series #4)

Sam Capra's friend Steve has been murdered, shot dead in the rain outside of his Miami bar. The only lead: a mysterious, beautiful stranger Steve tried to protect. To avenge his friend, Sam goes undercover into the Varelas, one of Miami's most prominent and dangerous families.

Now on the inside, playing a part where one wrong move means death, Sam faces a powerful, unstable tycoon intent on dividing his business empire between his three very different children, who each may hold murderous secrets of their own.

Sam is relentlessly drawn into this family's intense drama, amplifying painful echoes of his own shattered relationships as a son, brother, father, and husband. And just when he thinks he understands why the family is self-destructing, he discovers a lethal secret so shocking that the Varelas cannot let him walk away alive . . .

Praise For Inside Man (The Sam Capra Series #4)…

"One of the best ongoing series in the thriller genre. Readers will be hooked from the start...INSIDE MAN jumps into the action right away, and the last 100 pages are downright terrifying. Abbott has a gift for creating great character-driven thrillers, and readers will clamor for more, especially given the cliffhanger ending."—Associated Press

"INSIDE MAN is a tightly controlled roller coaster of a narrative, goosing the reader forward with almost every paragraph."—Austin Chronicle

"Abbott's Sam Capra series represents some of the finest writing on the market, and the fact that it's squarely in the thriller genre-which means the story is fast and intense, and the stakes are stratospheric-makes Abbott one of the best writers out there, as his "who's who" string of awards (Edgar, Thriller, Anthony, Agatha, Macavity) can attest to...With dead friends, mysterious women, snappy dialogue and clever twists, this is stellar work from an accomplished, sophisticated writer at the top of his game."
—J. T. Ellison, New York Times bestselling author of When Shadows Fall

"Lots of action and plot twists make this a literary roller coaster."—USA Today

"Exciting and imaginative, full of action and intrigue. Abbott's writing raises the pulse, taking readers on a wild adventure."—Free-Lance Star