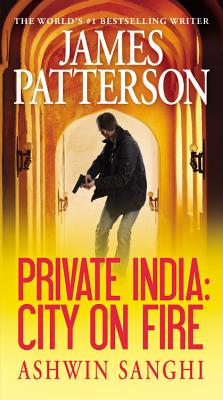 When Jack Morgan opens the Mumbai branch of Private, the world's most elite detective agency, he hands the reins to top agent Santosh Wagh. Now, in this teeming metropolis of over thirteen million people where the guilty have everywhere to hide, Santosh goes on the hunt for one elusive killer. A killer who is targeting seemingly unconnected women and placing strange objects at their death scenes in a series of chilling rituals. As the Private team races to find a link that will lead them to the next victim, an unseen menace threatens to destroy the agency from within-and plunge the city into chaos. With countless lives hanging in the balance, Santosh must confront the demons of his past . . . before Private India meets an explosive end.

Praise for the Private series!


"A thrill-a-minute, plot-driven story full of twists and turns...an addictive read from first page to last."—BookReporter.com on Private Games

"[A] classy thriller...clips along with twists and turns that come at you from all angles...The talented writing team has scorched the road of suspense and set it on fire."—NightsandWeekends.com on Private: #1 Suspect

"Jack Morgan is a great protagonist...Bring on even more Private."—TheMysteryReader.com on Private
or
Not Currently Available for Direct Purchase
Copyright © 2020 American Booksellers Association