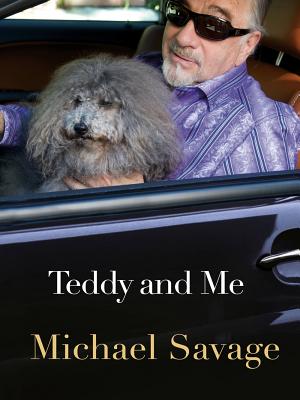 Confessions of a Service Human


New York Times bestselling author Michael Savage delivers a heartwarming book about his experiences and relationship with his dog Teddy.

Listeners know Teddy as the silent "other host" of The Savage Nation. He's at Michael Savage's side during every broadcast, guarding the radio equipment and nipping the engineer's sneakers. But the fun doesn't end when the "On-Air" light goes off. Teddy is Savage's constant companion, in the car, at home, and even shopping. Most important, he's Savage's inspiration, helping him remember the most important things in life are the little things.

TEDDY AND ME is a rare glimpse into the life of one of America's most popular talk radio hosts. Come along for the ride as Savage and his best friend explore the streets of San Francisco, ride the "Tedevator," and read bedtime stories together. If you've ever wondered how the conservative icon who can go from zero to enraged in a matter of seconds has kept his sanity in an insane world, this book has the answer.

To the political establishment, he's a force of nature, but to Teddy, Michael Savage is just his "service human." Spend a day in the life of a media giant and the most politically savvy canine alive in TEDDY AND ME.

On air for 20 years, MICHAEL SAVAGE has millions of loyal listeners for his #1 streaming radio show. The Savage Nation is one of the top radio talk programs in America, broadcast on over 225 stations. A prolific New York Times bestselling author, Dr. Savage has been profiled in Playboy and The New Yorker and he has been awarded the coveted Freedom of Speech Award from Talkers magazine. He received his Ph.D. in epidemiology and nutrition sciences from the University of California at Berkeley.
or
Not Currently Available for Direct Purchase