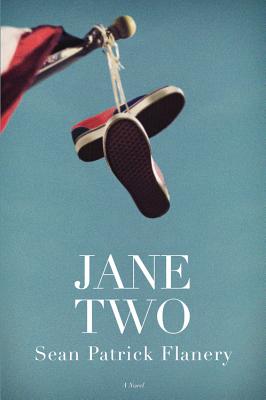 A coming of age debut novel from The Boondock Saints and Young Indiana Jones actor Sean Patrick Flanery.
A young Mickey navigates through the dense Texas humidity of the 70s and out onto the porch every single time his Granddaddy calls him, where he's presented with the heirloom recipe for life, love, and manhood. But all the logic and insight in the world cannot prepare him to operate correctly in the presence of a wonderfully beautiful little girl who moves in just behind his rear fence. How will this magical moment divide Mickey's life into a "before and after" and permanently change his motion and direct it down the unpaved road to which only a lucky few are granted access?

SEAN PATRICK FLANERY is an American actor who was raised in a small town outside Houston, Texas. He has appeared in over 100 movies and television shows, some of which he hopes you've seen and some of which he hopes you haven't. He lives in Los Angeles, California, with his family, where he works in the entertainment industry, writes, and owns and operates a martial arts academy.

Praise For Jane Two: A Novel…

"Sean Patrick Flanery's coming-of-age story, like the land he hails from, has a quiet, giant, unpredictable heart."—Todd Field

"Flanery writes with such clarity and truth that the places and people jump off the page."—Jon Cassar, Director of 24

"JANE TWO has the dreamy authority of an elusive memory and the poetic whimsy that only comes with distance."—Ken Sanzel, Writer/Executive Producer of Numb3rs

"An unexpected gem. Flanery is the poet warrior."—Jim Crabbe, Producer of Bad Country

"This authentic coming-of-age story is told through the wholly masculine, first-person perspective of Mickey, who looks back at his formative years in Houston, Tex., when he was tucked inside the cocoon of small-town family life, tumultuous schoolyard bullies and friends, and also captivated by first love...Flanery brings the 1970s to robust life, with Pontiac Firebirds, Converse sneakers, and eight-track players blasting Lynyrd Snynyrd in this tearjerker."—Kathleen Gerard, Shelf Awareness

"Jane Two [is] so addictive, so utterly un-put-downable."
—hMAG
or
Not Currently Available for Direct Purchase
Copyright © 2020 American Booksellers Association