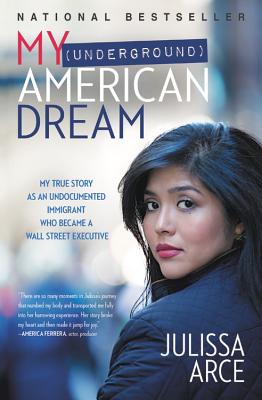 Julissa Arce's story is a must read. The twist and turns of her life keep you on the edge of your seat. She lives with a secret that could destroy her life every day, while rising through the ranks of Wall Street. You will cry and you will be inspired with the will of a woman who embodies the real American Dream.—Nely Galán, Entrepreneur and Producer

JULISSA ARCE is a writer, speaker, and social-justice advocate. She is the cofounder and chairman of the Ascend Educational Fund, a college scholarship and mentorship program that assists immigrant students, regardless of their immigration status, ethnicity, or national origin. Julissa is also a board member for the National Immigration Law Center and for College Spring. Prior to becoming an advocate, she built a successful career on Wall Street, working at Goldman Sachs and Merrill Lynch.
Loading...
or support indie stores by buying on