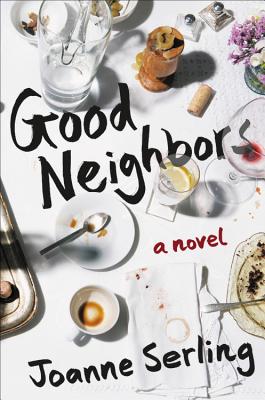 A searing portrait of suburbia, friendship, and family strained by a devotion to false appearances.

In an idyllic suburb, four young families quickly form a neighborhood clique, their friendships based on little more than the ages of their children and a shared sense of camaraderie. When one of the couples, Paige and Gene Edwards, adopt a four-year-old girl from Russia, the group's loyalty and morality is soon called into question. Are the Edwards unkind to their new daughter? Or is she a difficult child with hidden destructive tendencies?

As the seams of the group friendship slowly unravel, neighbor Nicole Westerhof finds herself drawn further into the life of the adopted girl, forcing Nicole to re-examine the deceptive nature of her own family ties, and her complicity in the events unfolding around her.

Praise For Good Neighbors: A Novel…

"I haven't been captivated by a story like this in so long. The tension, the complexity, the obsession over status; how one hopes to be seen by others versus how one fears one is seen...GOOD NEIGHBORS is a stunning, shocking, entertaining, and thought-provoking look at humanity. I want everyone to read this book."—p.p1 {margin: 0.0px 0.0px 0.0px 0.0px; text-align: center; font: 12.0px Arial}Julia Fierro, author of The Gypsy Moth Mother and Cutting Teeth

"GOOD NEIGHBORS is a novel for everyone who's ever wondered what's really behind the smiling cohesion of other people's holiday cards and Facebook posts. Perhaps its highest achievement is to make us laugh, think, and tremble at the same time."—p.p1 {margin: 0.0px 0.0px 0.0px 0.0px; text-align: center; font: 12.0px Arial}Pamela Erens, author of Eleven Hours, The Virgins and The Understory

"[An] ice-pick of a debut novel...elegant but savage...GOOD NEIGHBORS is first-rate suburbs-fiction. A steely writing performance, the kind that will leave readers watchful for another novel from this author."—Open Letters Review

"While many novels have tackled the subject of suburban secrets and unease, [GOOD NEIGHBORS] excels in particular at exploring the bonds among families. "—Publishers Weekly

"[Serling] writes with verve and frequent insight... A spicy stew of suburban discontent."—Kirkus

Joanne Serling's fiction has been nominated for a Pushcart Prize and has appeared in the New Ohio Review and North American Review. She is a graduate of Cornell University and studied and taught fiction at The Writers Studio in New York City. She lives outside of New York with her husband and children and is at work on her second book.
Loading...
or
Not Currently Available for Direct Purchase