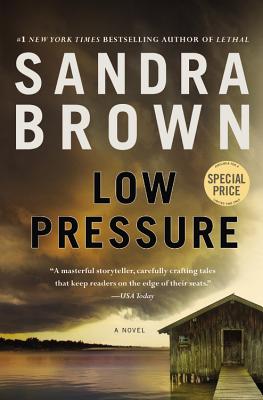 "This is classic Brown, packing a story with plenty of romantic tension and chilling danger!"—Romantic Times

"Brown skillfully combines strong characterization with plots that keep the reader guessing all the way...A good old-fashioned thriller and a winner..."—Kirkus Reviews

"Sandra Brown meticulously develops a stellar cast of characters, weaving them into a tense, gritty thriller that offers numerous plot twists leading to stunning revelations and a nail-biting conclusion....I'm now wondering why I waited so long to enjoy this talented author's work. I highly recommend Brown's Low Pressure. Its multilayered, intricate and suspenseful storyline is enriched with vivid descriptions and crisp dialogue. If you enjoy romantic suspense, LOW PRESSURE is a book you'll want to read in one sitting."—USA Today