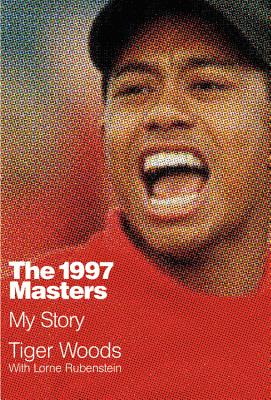 To mark the anniversary of his historic win at the 1997 Masters, Tiger Woods will for the first time reflect on the record-setting win both on and off the course.

In 1997, Tiger Woods was already among the most-watched and closely examined athletes in history. But it wasn't until the Masters Tournament that his career would definitively change forever. Woods, then only 21, won the Masters by a historic 12 shots, which remains the widest margin of victory in the tournament's history, making it an iconic moment for him and sports.
Now, Woods is ready to explore his history with the game, how it has changed over the years, and what it was like winning such an important event. With never-before-heard stories, this book will provide keen insight from one of the game's all-time greats.

"[Woods's] memories of what happened that now-long-ago April in Augusta... will resonate with anyone who follows golf and especially with everyone who was riveted to their televisions as this brash, incredibly talented young man dismantled the cathedral of golf."
—Booklist (starred review)

"Provides a rare perspective of golf played at the highest level."
—Kirkus

"THE 1997 MASTERS is a vivid and ultimately satisfying read about a singular event in American sports."
—BookPage

"For as methodical as Woods tells his story-his recall of every shot and situation is all as if it were 20 minutes ago, not 20 years-it is often as vivid on the printed page as it was in person."
—GolfDigest

"Readers get to go behind the scenes and on the golf course with compelling stories and anecdotes from that fateful April week at Augusta two decades ago. That's not all. Intertwined throughout are shared opinions from Woods on an array of topics and issues, most golf related, some personal and societal based, but all presented with candour and intrigue. Such is the riveting nature of arguably the world's most recognizable athlete."
—ScoreGolf

Tiger Woods has had an unprecedented career since becoming a professional golfer in the late summer of 1996. He has won 105 tournaments, 79 of those on the PGA TOUR, including the 1997, 2001, 2002, and 2005 Masters Tournaments, 1999, 2000, 2006, and 2007 PGA Championships, 2000, 2002, and 2008 U.S. Open Championships, and 2000, 2005, and 2006 British Open Championships. With his second Masters victory in 2001, Tiger became the first ever to hold all four professional major championships at the same time. In winning the 2000 British Open at St. Andrews, Woods became the youngest to complete the career Grand Slam of professional major championships and only the fifth ever to do so. Tiger also was the youngest Masters champion ever, at the age of 21 years, three months and 14 days, and was the first African-American or individual of Asian heritage to win a major championship.

Lorne Rubenstein has written 13 books while contributing to magazines around the world. In 2018, he received the PGA Lifetime Achievement Award in Journalism. He lives in Toronto, Ontario.
Loading...
or
Not Currently Available for Direct Purchase