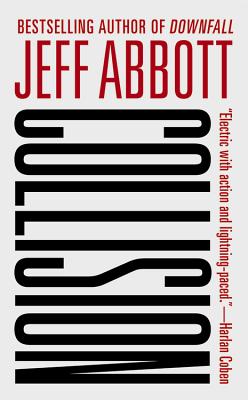 From New York Times bestselling author Jeff Abbott Ben Forsberg is a successful corporate consultant who is mourning the murder of his new bride.

"Pilgrim" is a former CIA agent who is weary from the long years of living in the shadows.

When Ben's business card turns up in the pocket of a dead hit man, Ben and Pilgrim, two complete strangers, realize that they've been framed in an elaborate setup. Unsure who to trust--and pursued by a brutal and vengeful killer--the unlikely partners have no choice but to work together to discover who's targeted them for elimination--and why. But with everything at stake, Ben has no idea that Pilgrim is harboring some shocking secrets of his own--secrets that will soon force Ben to confront the blurred line between best friends and bitter enemies.

"Quentin Tarantino mets Die Hard as the lives of two men literally collide in Abbott's latest riveting action thriller. . .the action never lets up as they go on a seemingly futile quest. Abbott has always been a terrific writer, but this is his best to date. The twists are shocking, and the characters are all too real."—Library Journal

"Collision is the best evidence yet that Jeff Abbott is one of the finest thriller writers working today. Electric with action and lightning-paced, I literally could not put it down. Don't miss it."—Harlan Coben

"Collision is a powerhouse tale of good bad guys, bad good guys, and every shade in between. Jeff Abbott delivers a frenzy of action in this race-against-the-clock thriller about an ordinary guy arrested for murder whose only hope lies in trusting the very man who framed him."—Lisa Gardner