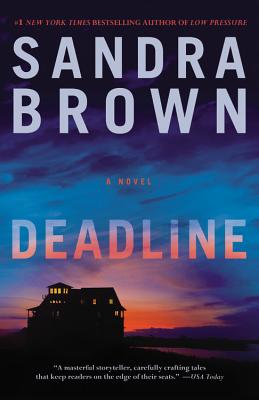 An ambitious reporter haunted by memories of the war in Afghanistan follows an FBI tip to investigate the mysterious disappearance -- and likely murder -- of a former Marine.Dawson Scott is a haunted man. A well-respected journalist recently returned from an assignment in Afghanistan, he's privately suffering from battle fatigue, and it has begun to threaten every aspect of his life. But when Dawson gets a call from a source within the FBI, it could be his big break -- and he has a vested interest in the case. New information has come to light for a story that began 40 years ago. Soon, Dawson is covering the disappearance and presumed murder of former Marine Jeremy Wesson, the biological son of the pair of terrorists who remain on the FBI's Most Wanted list. As Dawson digs deeper into the story, he cannot ignore his developing feelings for Wesson's ex-wife, Amelia, and his desire to protect her two young sons. The case takes a stunning new turn when Amelia's nanny turns up dead, and Dawson finds himself the prime suspect. Haunted by his own demons, Dawson takes up the chase, for only the notorious outlaws can clear his name . . . and reveal the secret, startling truth about himself.

"DEADLINE is both a breathtaking and heartbreaking story; one that will stay with the reader long after the book is finished."—freshfiction.com

"...deft characterizations and eye for detail make this a winner...Satisfying, vintage Brown storytelling."—Kirkus on DEADLINE

"Sandra Brown meticulously develops a stellar cast of characters, weaving them into a tense, gritty thriller that offers numerous plot twists leading to stunning revelations and a nail-biting conclusion....I'm now wondering why I waited so long to enjoy this talented author's work. I highly recommend Brown's Low Pressure. Its multilayered, intricate and suspenseful storyline is enriched with vivid descriptions and crisp dialogue. If you enjoy romantic suspense, Low Pressure is a book you'll want to read in one sitting."—USA Today on LOW PRESSURE

"A good old-fashioned thriller, and a winner..."—Kirkus on LOW PRESSURE

"Hair-raising . . . a perfect mix of thriller and romantic suspense."—USA Today on LETHAL

"Fast paced and full of surprises, this taut thriller...features a large cast of superbly drawn characters and the perfect amounts of realistic dialog and descriptive prose. "—Library Journal (starred review) on LETHAL

Sandra Brown is the author of seventy-two New York Times bestsellers. There are over eighty million copies of her books in print worldwide, and her work has been translated into thirty-four languages. She lives in Texas. For more information you can visit www.SandraBrown.net.
or support indie stores by buying on
(This book is on backorder)