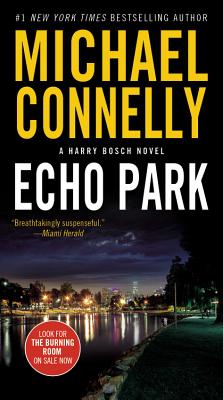 Just as he's on the verge of cracking an unsolved case, Detective Harry Bosch discovers an old clue that could have saved lives -- and the guilt begins to haunt him.
In 1993 Marie Gesto disappeared after walking out of a supermarket. Harry Bosch worked the case but couldn't crack it, and the twenty-two-year-old was never found. Now, more than a decade later, with the Gesto file still on his desk, Bosch gets a call from the District Attorney.

A man accused of two heinous murders is willing to come clean about several others, including the killing of Marie Gesto. Taking the confession of the man he has sought -- and hated -- for thirteen years is bad enough. Discovering that he missed a clue back in 1993 that could have stopped nine other murders may just be the straw that breaks Harry Bosch.

Michael Connelly is the author of the recent #1 "New York Times "bestsellers The Drop, The Fifth Witness, The Reversal, "The Scarecrow," "The Brass Verdict," and "The Lincoln Lawyer, " as well as the bestselling Harry Bosch series of novels. He is a former newspaper reporter who has won numerous awards for his journalism and his novels. He spends his time in California and Florida.
Loading...
or support indie stores by buying on