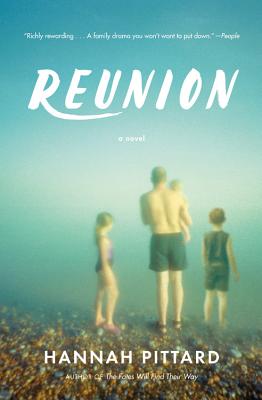 Praise For Reunion: A Novel…

"Wry, emotionally insightful. . . Reunion succeeds because Kate is so sharp, and perceptive about everyone-except, of course, herself. . . . Kate's voice resonates and elevates the book beyond a family drama."—Elizabeth Taylor, Chicago Tribune (Editor's Choice)

"A nuanced and intriguing study of family and love, money and debt, failure and success, starring one of the most likeable flawed narrators to come along in some time."—Emily St. John Mandel, The Millions

"An indelible portrait of a family, messy and raw. Prickly Kate isn't a particularly sympathetic character-but she feels like a real one."—Entertainment Weekly

"Hannah Pittard is the writer you won't be able to stop talking about...She's the kind of writer who gets in your head and makes you evangelize to all of your friends-wide eyes, quick gasp: 'Do you know about Hannah Pittard?' If she's not on your radar yet, she should be."—Buzzfeed

"Emotionally astute. . . When this family of sorts gathers in Atlanta for the funeral, there is tension, pain, comedy, and finally, some healing and resolution. Kate is a winning narrator, whose insights into herself and her family keep the pages turning."—Publishers Weekly

"Truly unique and insightful . . . Reunion is a novel of death and life and family. It's about the stories we tell ourselves in order to survive, and what happens when those narratives break down."—Bookpage

Hannah Pittard is the author of the critically acclaimed novels Reunion and The Fates Will Find Their Way. Her stories have appeared in the American Scholar and McSweeney's, among other publications. A consulting editor for Narrative magazine, she is a recipient of the 2006 Amanda Davis Highwire Fiction Award and a MacDowell Colony Fellowship. She is also the author of Listen to Me.
Loading...
or
Not Currently Available for Direct Purchase