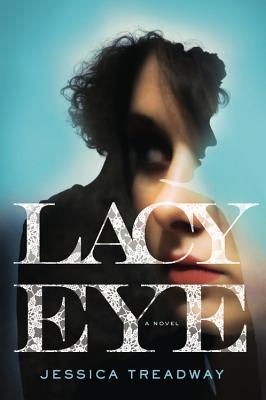 A haunting, evocative novel about a woman who might have to face the disturbing truth about her own daughter.

Hanna and Joe send their awkward daughter Dawn off to college hoping that she will finally "come into her own." When she brings her new boyfriend, Rud, to her sister's wedding, her parents try to suppress their troubling impressions of him for Dawn's sake. Not long after, Hanna and Joe suffer a savage attack at home, resulting in Joe's death and Hanna's severe injury and memory loss.

Rud is convicted of the crime, and the community speculates that Dawn may also have been involved. When Rud wins an appeal and Dawn returns to live in the family home, Hanna resolves to recall that traumatic night so she can testify in the retrial, exonerate her daughter, and keep her husband's murderer in jail.

But as those memories resurface, Hanna faces the question of whether she knows her own daughter-and whether she ever did.

"Deftly plotted... Treadway paints a devastating portrait of a family torn apart from both the outside and within."
—Publishers Weekly

"It's been a long time since I've read a novel at once this gripping, and this wise, and psychologically complex. As a portrait of motherhood, and an exploration of the limits of knowledge--of others, of one's self--LACY EYE probes, devastates, and informs."
—Elizabeth Graver, author of The End of the Point

"Perhaps there's always something inexplicable about evil but at the heart of Jessica Treadway's new novel is a woman who is determined not to explain it at almost any cost. I defy anyone to read these beautifully written, brilliantly observed pages without becoming deeply involved in Hanna's life and her choices. LACY EYE is a wonderful, and deeply suspenseful novel."
—Margot Livesey, author of The Flight of Gemma Hardy

"Since her debut story collection 'Absent Without Leave,' came out in 1992, Jessica Treadway has wowed critics with resonant depictions of flawed, all-too-human characters."
—The Boston Globe

"Complex and nuanced...an author to watch."
—Reviewing the Evidence

Jessica Treadway is the author of Lacy Eye, And Give You Peace, and two story collections, Absent Without Leave and Other Stories and Please Come Back to Me, which received the Flannery O'Connor Award for Short Fiction. A professor at Emerson College in Boston, she lives with her husband in Lexington, Massachusetts.
Loading...
or
Not Currently Available for Direct Purchase