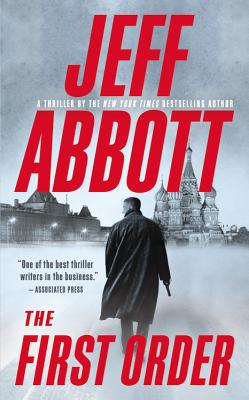 Sam Capra returns as he embarks on a one-man mission to find his brother from the New York Times bestselling author, Jeff Abbott, in this "fast-paced, high-octane" read (Publishers Weekly).

Two brothers. One dead, executed by extremists on a grainy video. The other forged into a top undercover agent. But now, Sam Capra has reason to believe that his brother, Danny, may be alive. And if Danny has been living a secret life these past years, where has he been--and what has he become?
Sam's desperate search for his brother leads him into a modern heart of darkness: the Russian elite inner circle, a group of ruthless ex-KGB billionaires who owe fealty to Russia's corrupt president, Morozov. One of these men wants Morozov dead. And Danny will be the one to kill him--on American soil.
To save his brother--and to save the world from certain war--Sam, along with his mysterious partner, Mila, must stop Danny from killing Morozov. The mission will take Sam from the slums of Pakistan to the hipster galleries of Brooklyn to the Caribbean playgrounds of the superrich. And as Sam untangles the secret past locked in his brother's heart, he may be forced to make a choice between his brother--and the greater good . . .

Praise For The First Order (The Sam Capra Series #5)…

"This is a thoroughly riveting addition to one of the most compelling espionage series in modern fiction."—Bookpage

"Will leave readers breathless...Buckle up and hang on to the end of this electric read!"—BookReporter

"Fast paced and just plausible enough to satisfy readers who demand realism in their adrenaline-fueled thrillers, the book should definitely appeal to action fans. Each novel in the series can be read as a stand-alone, which means newcomers can plunge right in. Go for it."
—Booklist

"Abbott loads his story with entertaining plot twists...the bond and betrayal between the two brothers add emotional depth to the action."
—Kirkus

"Compelling stories and characters that keep readers on the edge of their seats."—Crimespree Magazine

"One of the best ongoing series in the thriller genre. Readers will be hooked from the start...INSIDE MAN jumps into the action right away, and the last 100 pages are downright terrifying. Abbott has a gift for creating great character-driven thrillers, and readers will clamor for more, especially given the cliffhanger ending."—Associated Press on Inside Man

"INSIDE MAN is a tightly controlled roller coaster of a narrative, goosing the reader forward with almost every paragraph."—Austin Chronicle on Inside Man

"Abbott's Sam Capra series represents some of the finest writing on the market, and the fact that it's squarely in the thriller genre-which means the story is fast and intense, and the stakes are stratospheric-makes Abbott one of the best writers out there, as his "who's who" string of awards (Edgar, Thriller, Anthony, Agatha, Macavity) can attest to...With dead friends, mysterious women, snappy dialogue and clever twists, this is stellar work from an accomplished, sophisticated writer at the top of his game."—J. T. Ellison, New York Times bestselling author of When Shadows Fall

"Lots of action and plot twists make this a literary roller coaster."—USA Today on Inside Man

"Exciting and imaginative, full of action and intrigue. Abbott's writing raises the pulse, taking readers on a wild adventure."—Free-Lance Star on Inside Man

Jeff Abbott is the New York Times bestselling author of fourteen novels. He is the winner of an International Thriller Writers Award (for the Sam Capra thriller The Last Minute) and is a three-time nominee for the Edgar award. He lives in Austin with his family. You can visit his website at www.JeffAbbott.com.
Loading...
or support indie stores by buying on
(This book is on backorder)