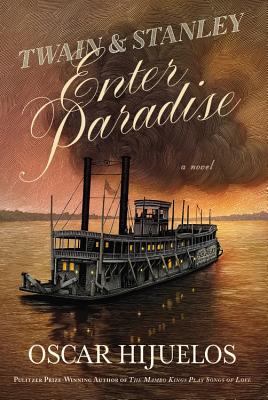 "Hijuelos spins a great tale... There's just a kind of gorgeous magic to the disparate but parallel lives he is charting."—NPR

"An engrossing commentary on friendship, fame and fate."—Newsday

"If you are a history buff who loves an intersection of different worlds, this novel will cause you to practically go mad with happiness."—Bookreporter.com

"One could add that, as long as people read books, they will read books by Oscar Hijuelos...this novel shows you why."—BookPage

"An imaginative though incomplete homage to the bond of two of the most famous men of the 19th century."—New York Times

"A rollicking adventure tale, a bromance, and an illuminating portrait of two fascinating men who battled their way to prominence during an era defined by yellow fever, the Civil War, and a pioneering American zeal."—O Magazine

"An exciting and moving blend of letters, narrative, and imagined memoir from the two famed men, Hijuelos gives a delightful glimpse into the relationship of two of history's most fascinating subjects."—Vanity Fair

"As a character study and a window into the past, [Hijuelos has] left us with a book that is worthy of his fascination."—Austin American-Statesmen

"...marvelously entertaining. You don't feel as if you are reading a novel but, rather, an authentic account of the relationships of the two men. That in and of itself is a major accomplishment, an obvious attestation of Hijuelos' imagination."—Counterpunch Magazine