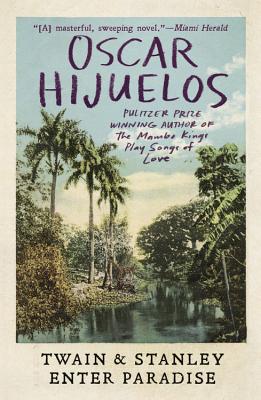 "It is a rollicking adventure tale, bromance, and portrait of two fascinating men who battled their way to prominence during an era defined by yellow fever, the Civil War, and a pioneering American zeal."—O, The Oprah Magazine

Praise for The Mambo Kings:

"A rich and sorrowful novel...that alternates crisp narrative with opulent musings--the language of everyday and the language of longing. You finish feeling...ready to throw up your arms and cry, Que bueno es! Mr. Hijuelos is writing music of the heart"—New York Times Book Review

"By turns street-smart and lyrica, impassioned and reflective, The Mambo Kings Play Songs of Love is a rich and provocative book."—Michiko Kakutani, New York Times

Praise for Beautiful Maria of My Soul:
"I fell instantly in love with the glorious soul ofBeautiful Maria of my Soul. Hijuelos has created and brought to life two beloved characters, a heart-stealing heroine and Havana during an epoch of changing life."
—Amy Tan, bestselling author of The Joy Luck Club and The Kitchen God's Wife

"Beautiful Maria is the Queen of the Mambo Kings! Oscar Hijuelos brings this magnificent character to life in this lyrical novel."—Gay Talese, author of A Writer's Life

Oscar Hijuelos, the son of Cuban immigrants, was in New York City in 1951. He is a recipient of the Rome Prize, the Pulitzer Prize, and grants from the National Endowment for the Arts and the Guggenheim Foundation. His novels -- Mambo Kings, Our House in the Last World, The Fourteen Sisters of Emilio Montez O'Brien, Mr. Ives' Christmas, Empress of the Splendid Season, and A Simple Habana Melody -- have been translated into twenty-five languages.
or
Not Currently Available for Direct Purchase