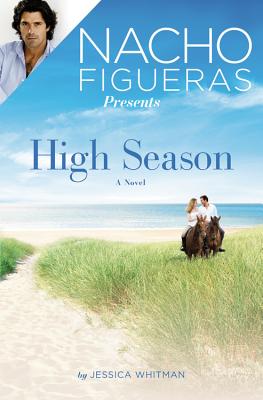 "Perfect book for the beach." --Library Journal
World-renowned polo player and global face of Ralph Lauren, Nacho Figueras dives into the world of scandal and seduction with a new fiction series set in the glamorous, treacherous world of high-stakes polo competition.

Georgia never wanted to be a jetsetter. A plain old country vet was fine for her. But one distress call from her best friend and the next thing she knows she's neck deep in the world of polo's most elite international players--complete with designer dresses, fine champagne and some of the most gorgeous thoroughbreds she's ever seen. Some of the most gorgeous men too...

Alejandro Del Campo needs his team to win the season's biggest polo tournament or else he's not sure how much longer they're going to be in business. What he doesn't need is some sassy new vet telling him how to run his business--and distracting him at every turn. But as they come closer and closer to the championship match, it soon becomes clear that Alejandro wants to win Georgia just as much as the tourney trophy. But can he ever convince her his world is where she truly belongs?

Argentine polo player Ignacio "Nacho" Figueras began playing polo as a child and has become one of the most recognizable and talented polo players in the world.

Nacho is currently the captain and co-owner of the Black Watch polo team, which has won the Bridgehampton Mercedes Polo Challenge in 2004 and the Hall of Fame Cup in 2007. In addition, he competes annually in the Veuve Clicquot Manhattan Polo Classic.

In June 2009, Nacho was voted the second most handsome man in the world by the readers of Vanity Fair and appeared on numerous television shows such as The Oprah Winfrey Show's "Meet the Most Famous People in the World" episode and the CW's Gossip Girl. In 2012, Nacho was featured on 60 Minutes' The Sport of Kings documentary about his passion for polo and its rising popularity in the US.

In October 2010, Nacho co-hosted the Veuve Clicquot Polo Classic with Cameron Silver in Los Angeles, attracting celebrities and socialites alike, and has participated in the Polo Classic in New York City's Liberty State Park since 2008.

Nacho currently splits his time between Miami and Argentina with his wife Delfina and their four children, Hilario, Aurora, Artemio, and Alba. Jessica Whitman lives and writes in the Hudson Valley.
Loading...
or support indie stores by buying on