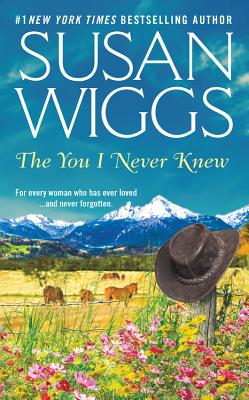 The You I Never Knew (Mass Market)

Michelle Turner thought she lost everything at seventeen. Her father, a Hollywood legend, had finally summoned her to his Montana ranch. But when he learned of her affair with Sam McPhee, a hired hand, he had Sam fired and destroyed his family. Michelle, pregnant and alone, fled to Seattle.

Now a successful advertising exec, Michelle is safe-safe from love, safe from hurt. But her son is lost to her, a troubled teen on the verge of self-destruction, a boy who blames her for the absence of his father and grandfather. And then her father calls to tell her he is dying. He has only one chance to live-if she will donate a kidney to save him.

For her sick father, she must bridge the gulf that distance and time have widened. For her son, she must find the miracle that will pull him away from the abyss that threatens his future. And for Sam, the man who left her years ago, she must face all the secrets of the past and find a way to heal the scars and love again.

Susan Wiggs, a Harvard graduate and former math teacher, self-published her first novel at the age of eight, using blunt scissors, pages from a Big Chief tablet, a borrowed stapler, and a Number Two pencil. She has since become a #1 bestselling author whose work is noted for scenes of emotional truth that evoke both tears and laughter. Unable to completely abandon her beloved teaching profession, she is a frequent workshop leader and speaker at writers' conferences. She lives with her family on an island in the Pacific Northwest.

Praise For The You I Never Knew…

"Wiggs's sensitive portrayal of parents and lovers trying to bond despite a less-than-perfect past exemplifies the richness and realism this theme can lend a love story."—Publishers Weekly

"Realistic, appealing protagonists, secondary characters who are much more than caricatures, and a plot compelling in its simplicity are pluses for this well-written, engrossing novel, which may surprise but not disappoint Wiggs's historical fans."—Library Journal
or
Not Currently Available for Direct Purchase
Copyright © 2020 American Booksellers Association