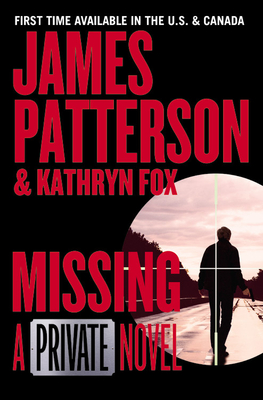 When the CEO of a research company disappears without a trace, Private Investigations has to catch a brutal killer-a killer headed straight to the victim's door.
Craig Gisto has promised Eliza Moss that his elite team at Private Sydney will investigate the disappearance of her father. After all, as CEO of a high-profile research company, Eric Moss shouldn't be difficult to find.

Except it's not just the man who's gone missing. Despite the most advanced technology at their disposal, they find every trace of him has vanished too.

And they aren't the only ones on the hunt. Powerful figures want Moss to stay "lost," while others just as ruthlessly want him found.

Meanwhile, a routine background check becomes a frantic race to find a stolen baby and catch a brutal killer - a killer Private may well have sent straight to the victim's door . . .

James Patterson holds the Guinness World Record for the most #1 New York Times bestsellers. He is a tireless champion of the power of books and reading, exemplified by his new children's book imprint, JIMMY Patterson, whose mission is simple: We want every kid who finishes a JIMMY Book to say: "PLEASE GIVE ME ANOTHER BOOK." He has donated more than one million books to students and soldiers and has over 400 Teacher Education Scholarships at 24 colleges and universities. He has also donated millions to independent bookstores and school libraries. James will be investing his proceeds from the sales of JIMMY Patterson Books into pro-reading initiatives.
or
Not Currently Available for Direct Purchase
Copyright © 2020 American Booksellers Association