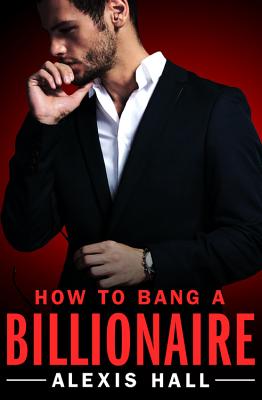 How to Bang a Billionaire (Arden St. Ives #1)

If England had yearbooks, I'd probably be "Arden St. Ives: Man Least Likely to Set the World on Fire." So far, I haven't. I've no idea what I'm doing at Oxford, no idea what I'm going to do next and, until a week ago, I had no idea who Caspian Hart was. Turns out, he's brilliant, beautiful . . . oh yeah, and a billionaire.

It's impossible not to be captivated by someone like that. But Caspian Hart makes his own rules. And he has a lot of them. About when I can be with him. What I can do with him. And when he'll be through with me.

I'm good at doing what I'm told in the bedroom. The rest of the time, not so much. And now that Caspian's shown me glimpses of the man behind the billionaire I know it's him I want. Not his wealth, not his status. Him. Except that might be the one thing he doesn't have the power to give me.

Alexis Hall was born in the early 1980s and still thinks the twenty-first century is the future. To this day, he feels cheated that he lived through a fin de siècle but inexplicably failed to drink a single glass of absinthe, dance with a single courtesan, or stay in a single garret.

He did the Oxbridge thing sometime in the 2000s and failed to learn anything of substance. He has had many jobs, including ice cream maker, fortune-teller, lab technician, and professional gambler. He was fired from most of them.

He can neither cook nor sing, but he can handle a seventeenth-century smallsword, punts from the proper end, and knows how to hot-wire a car.

He lives in southeast England, with no cats and no children, and fully intends to keep it that way.