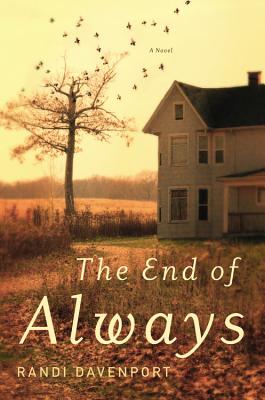 The End of Always

A stunning debut novel, The End of Always tells the story of one young woman's struggle to rise above a vicious family legacy and take charge of her own life.

In 1907 Wisconsin, seventeen-year-old Marie Reehs is determined: she will not marry a violent man, as did her mother and grandmother before her. Day after day, Marie toils at the local laundry, watched by an older man who wants to claim her for his own. Night after night, she is haunted by the memory of her mother, who died in a mysterious accident to which her father was the only witness. She longs for an independent life, but her older sister wants nothing more than to maintain the family as it was, with its cruel rules and punishments. Her younger sister is too young to understand.

At first, it seems that Marie's passionate love affair with a charismatic young man will lead her to freedom. But she soon realizes that she too may have inherited the Reehs women's dark family curse.

Set in the lush woods and small towns of turn-of-the-century Wisconsin, and inspired by real events in the author's family history, The End of Always is a transcendent story of one woman's desperate efforts to escape a brutal heritage. Both enthralling and deeply lyrical, Randi Davenport's novel is also an intensely affecting testament to the power of determination and hope, and a gripping reminder of our nation's long love affair with violence.

Praise For The End of Always: A Novel…

"Extraordinary. A lament straight from the heart of young womanhood in early twentieth-century America. You can feel this story in your bones."
—Amity Gaige, author of Schroder, O My Darling, and The Folded World

A "deeply affecting historical novel of a courageous young woman's struggle to survive in an overtly sexist time is both a sobering and stirring tribute to determination."
—Booklist

"As lyrical as it is harrowing."
—Publishers Weekly

Randi Davenport studied history and creative writing at William Smith College, where she received a BA, and earned an MA in creative writing/fiction and a PhD in literature at Syracuse University. She has taught or served in administrative positions at Hobart and William Smith Colleges, Duke University, and the University of North Carolina at Chapel Hill. She lives in Chapel Hill, North Carolina.
Loading...
or
Not Currently Available for Direct Purchase