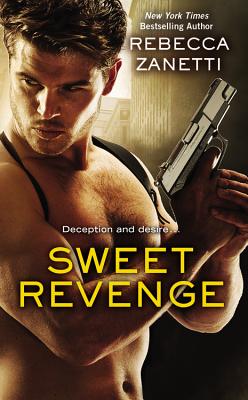 The One Man She Can't Have

Matt Dean was born to fight . . . and kill. A member of a secret black-ops military unit, he and his brothers were genetically engineered by the government to be the perfect soldiers with an expiration date. Now, with time running out, he's gone rogue in a relentless quest for the one person who can save them. His mission leads him to Charmed, Idaho . . . and to a beautiful woman with eyes like emeralds and a body made for pleasure.

The One Woman He Can't Resist

Laney Jacobs knows the mysterious, handsome stranger is trouble from the moment he walks into her bar, looking for a job. She's spent years running from her own past-the last thing she needs is a romantic entanglement. But Matt's strong arms offer her protection and his gentle touch promises passion unlike anything she's ever known. As lethal forces surround them, revealing explosive secrets about Matt's past and putting everything-and everyone-he holds dear in danger, can he save them all before time runs out?

RAVES FOR REBECCA ZANETTI: "I loved this ride from beginning to end and can't wait for the next book. "
--paranormalromancenovel.com on Sweet Revenge—-

"Sweet Revenge packed a powerful punch and kept me on the edge of my seat. The suspense and action that it delivered was outstanding."
--HesperiaLovesBooks.com on Sweet Revenge—-

"Fans of romantic suspense will enjoy the twists and reversals that Zanetti puts her protagonists through."
--Publishers Weekly on Forgotten Sins—-

"For a romantic suspense junkie such as myself, I really enjoyed Forgotten Sins...The story drew me in right away from the first page, and I didn't put it down until I was finished. The story was well paced, and there was a good balance between action and character development."

"Hot and fast from beginning to end!"
--Kate Douglas on Fated—-

"Everything you could want in an action/adventure is in this book. Wow, just wow Rebecca Zanetti...Forgotten Sins in nonstop action and drama. It is a fantastic start to a new series. One I will be waiting for with anticipation."

She lives in the wilds of the Pacific Northwest with her own alpha hero, two kids, a couple of dogs, a crazy cat . . . and a huge extended family. She believes strongly in luck, karma, and working her butt off . . . and she thinks one of the best things about being an author, unlike the lawyer she used to be, is that she can let the crazy out. Find Rebecca at: www.rebeccazanetti.com
Loading...
or support indie stores by buying on
(This book is on backorder)