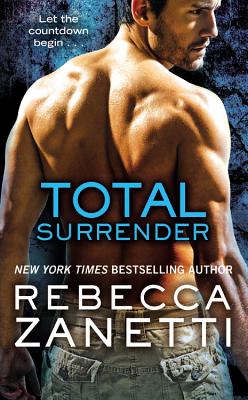 Piper Oliver knows she can't trust him. They warned her that the tall, dark, and sexy black-ops soldier Jory Dean would try to win her over with his steel-gray eyes and deadly charm, but she won't be conned by this man they call a traitor. All she has to do is figure out the science necessary to save his life, and she's done. Something isn't adding up, though, and she won't rest until she uncovers the truth-even if it's buried in his deep, dangerous kiss.

Jory will do anything to reunite with and save his brothers-even kidnap the gorgeous woman who's working to deactivate the deadly chip in their spines. But the forces determined to destroy his family won't let them go so easily. Keeping Piper alive is more than he bargained for-and so is his burning desire for her. But with every second bringing him closer to certain death, can he afford to lose himself in her hot and willing embrace?

"I loved this ride from beginning to end and can't wait for the next book. "
--paranormalromancenovel.com on Sweet Revenge

"Sweet Revenge packed a powerful punch and kept me on the edge of my seat. The suspense and action that it delivered was outstanding."
--HesperiaLovesBooks.com

"Fans of romantic suspense will enjoy the twists and reversals that Zanetti puts her protagonists through."
--Publishers Weekly on Forgotten Sins

"Everything you could want in an action/adventure is in this book. Wow, just wow Rebecca Zanetti...Forgotten Sins is nonstop action and drama. It is a fantastic start to a new series. One I will be waiting for with anticipation."
--K&T Book Reviews on Forgotten Sins

"I really enjoyed Forgotten Sins...The story drew me in right away from the first page, and I didn't put it down until I was finished. The story was well paced, and there was a good balance between action and character development."
--Ms Romantic Reads

"I'm completely captivated!...bring on the next book!"
--RomanceJunkiesReviews.com on Forgotten Sins

She lives in the wilds of the Pacific Northwest with her own alpha hero, two kids, a couple of dogs, a crazy cat . . . and a huge extended family. She believes strongly in luck, karma, and working her butt off . . . and she thinks one of the best things about being an author, unlike the lawyer she used to be, is that she can let the crazy out. Find Rebecca at: www.rebeccazanetti.com
Loading...
or support indie stores by buying on
(This book is on backorder)