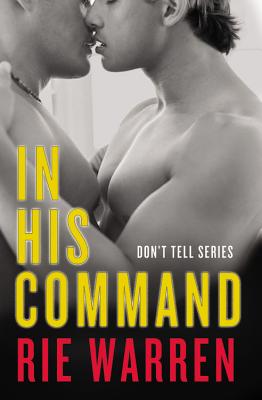 Two generations ago, the world was annihilated by a series of catastrophic environmental events. The remaining survivors were driven closer and closer to big city centers-damaged but not destroyed-divvied into sixteen identical international territories ruled by the Company.

Oppressive to the core, the Company has one rule in order to recoup the world's devastated population: homosexuality and deviant sexual behaviors are hanging offenses. First time offenders are last-time offenders.

It is the year 2070. Commander Caspar Cannon has a stellar military reputation-and a life-threatening secret. When a revolution rips through the territories, Cannon is ordered to escort Company Executive Nathaniel Rice to a secure location. Leaving the besieged city behind, their journey becomes a minefield of sabotage, betrayal, secrets . . . and intense desire for one another.

Cannon's militant self-repression takes a direct hit, his suspicions warring with passion for a man who can never be his, not while the Company remains in power. True to his mission, he delivers Nathaniel to the safe bunker where a fate he never expected awaits him.

Badass, sassafras Rie Warren is an OG Amazon All-Star author of Bad Boy books and MC romance. She delivers five-star sex, suspense, and the best banter around. Her stories are one-hundred percent original, do not contain fluffy plots or virgin brides, and wring every last emotion from readers to leave them with a satisfied smile. Rie's tough alpha males are never brought to heel, but are instead healed by the feisty femme fatale of their perfect match.

She grew up in Maine, went to college in Iowa (Iowa, what?), lived in Scotland, and married an Englishman. In true roundabout fashion, they came back to the States, settled in South Carolina's lowcountry, putting down southern roots and pursuing their arty endeavors. Tale spinner and character diviner, Rie is a lover of sleep, wine, and rude memes often involving either Disney characters or Winnie the Pooh. She is raising two teen daughters along with an entire brain full of unruly characters.

Follow the signup link below to her romance newsletter for sneak peeks, new releases, first looks, and her quirky sense of humor.
https://www.subscribepage.com/riewarrenromance
or support indie stores by buying on