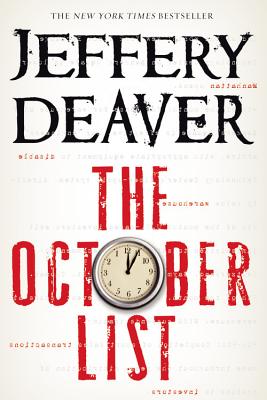 "Don't skip ahead to the beginning and spoil the fun that's guaranteed for anyone interested in a thriller that forces readers to use their brains in a creative way...Deaver is a master of manipulation and The October List is a small but powerful book."—Associated Press

"Perhaps the cleverest of all Deaver's exceptionally clever thrillers. If you've ever wished you could take the film Memento to the beach, here's your chance."—Kirkus (STARRED review/Best Books of 2013)

"[Deaver] has the intelligence and skills to do anything and everything...It is a book like no other you have read."—Huffington Post