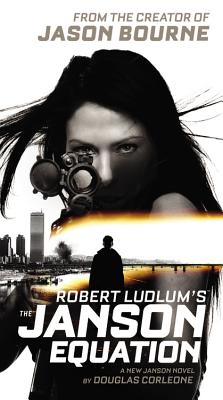 To prevent a war in Asia--one that could quickly spread to the rest of the world--Paul Janson and Jessica Kincaid must learn the truth behind a young woman's murder...
Prominent U.S. Senator James Wyckoff hires former government agents-turned-private security consultants Janson and Kincaid to locate his teenage son Gregory. Gregory's girlfriend Lynell has been found strangled in a Seoul hotel, and Gregory has fled the city to avoid being arrested for the crime. But Senator Wyckoff insists that his son is innocent, suggesting that Lynell, who was a translator, may have been murdered because of something she overheard at a recent international conference. And when Janson and Kincaid realize they're being hunted by an assassin, they suspect that this crime--and the cover-up--were orchestrated by a shadowy unit of the U.S. State Department as part of a larger plot to provoke violence between North and South Korea.

ROBERT LUDLUM was the author of 27 novels, each one a New York Times bestseller. He wrote the Jason Bourne series--The Bourne Identity, The Bourne Supremacy, and The Bourne Ultimatum--among others. He passed away in 2001.
DOUGLAS CORLEONE is the author of the acclaimed Simon Fisk series of international thrillers. His debut novel One Man's Paradise won the 2009 Minotaur Books/Mystery Writers of America First Crime Novel Award.

"That Janson is a complicated character makes him more interesting than most action heroes, while Kinkaid proves a capable sidekick. A number of swift, unexpected plot twists will leave Ludlum fans eager to see more in this franchise."—Publishers Weekly on The Janson Command

"Loaded with all the intrigue, paranoia, and real-life parallels that made Ludlum famous."—People on The Janson Directive

"Extremely engaging and agonizingly suspenseful, Ludlum's plot bolts from scene to scene and locale to locale-Hungary, Amsterdam, London, New York City-never settling for one bombshell when it can drop four or five.... wild, unpredictable and colorfully cast."—Publisher's Weekly on The Janson Directive
or
Not Currently Available for Direct Purchase
Copyright © 2020 American Booksellers Association