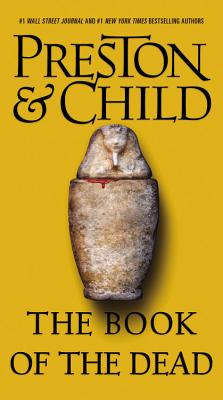 The Book of the Dead (Agent Pendergast series #7)

Can FBI Special Agent Pendergast stop a cursed Egyptian tomb from terrorizing New York City -- or will he stay trapped in a maximum security prison, punished for a murder he didn't commit?
An FBI agent, rotting away in a high-security prison for a murder he did not commit...
His brilliant, psychotic brother, about to perpetrate a horrific crime...
A young woman with an extrodinary past, on th edge of a violent breakdown...
An ancient Egyptian tomb with an enigmatic curse, about to be unveiled at a celebrity-studded New York gala...
Memento Mori

Praise For The Book of the Dead (Agent Pendergast series #7)…

"A gripping, action-packed page-turner . . . a tantalizing, ominous twist at the end."
—Publishers Weekly

"Intense and shocking....Every story thread thrills, and the novel seems too short, despite the large page count. Readers will want to see Pendergast and his friends again quickly."
—Library Journal