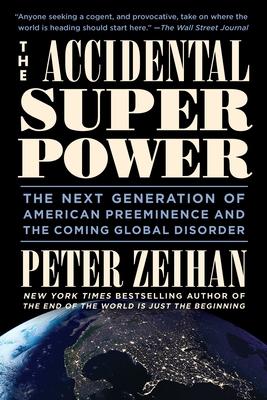 Peter Zeihan launched his own firm, Zeihan on Geopolitics, in 2012 after working for twelve years with the geopolitical analysis firm Stratfor, where he was Vice President of Analysis.
Loading...
or support indie stores by buying on