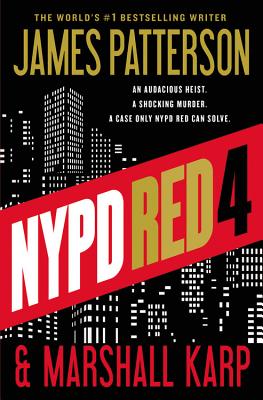 New York's most elite police force chases a ruthless murderer with an uncontrollable lust for money and blood.
It's another glamorous night in the heart of Manhattan: at a glitzy movie premiere, a gorgeous starlet dripping in millions of dollars' worth of jewelry makes her way past a horde of fans and paparazzi. But then there's a sudden loud noise, an even louder scream, and a vicious crime with millions of witnesses and no suspect.
Enter NYPD Red: the elite task force assigned to protect the rich and famous in the city where crime never sleeps. Detective Zach Jordan and his partner and former girlfriend, Kylie MacDonald, are the best that Red has to offer: brilliant and tireless investigators who will stop at nothing to crack a case, even if it means putting their own complicated lives on the back burner.
From celebrity penthouses to the depths of Manhattan's criminal underworld, Zach and Kylie are soon in hot pursuit of a cold-blooded killer with everything to lose, and millions to gain if he can just shake the detectives on his trail. With the city on edge, the mayor out of patience, and the flames of their personal relationship threatening to reignite and ruin everything, Zach and Kylie are facing down their worst fears-and their most dangerous enemy yet.