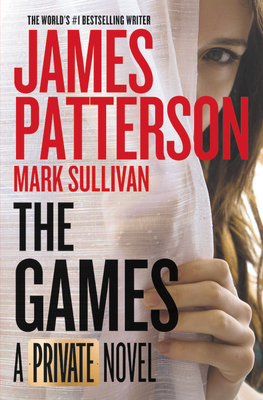 In the #1 bestselling series, Private's Jack Morgan must hunt down a killer before the Olympic games begin in Rio.
Rio de Janeiro, Brazil knows how to throw a party. So it's a natural choice to host the biggest spectacles in sports: the World Cup and the Olympics. To ensure that the games go off without a hitch, the organizers turn to Jack Morgan, head of the world's greatest international security and consulting firm. But when events are this exclusive, someone's bound to get left off the guest list.
Two years after the crisis nearly spilled from the soccer field to the stands, Jack is back in Rio for the Olympics. But when his most prominent clients begin to disappear, and bodies mysteriously start to litter the streets, Jack is drawn deep into the heart of a ruthless underworld populated by disaffected residents trying to crash the world's biggest party.
With the world watching in horror, Jack must sprint to the finish line to defuse a threat that could decimate Rio and turn the games into a deadly spectacle. . . all before the games begin.

James Patterson holds the Guinness World Record for the most #1 New York Times bestsellers. He is a tireless champion of the power of books and reading, exemplified by his new children's book imprint, JIMMY Patterson, whose mission is simple: We want every kid who finishes a JIMMY Book to say: "PLEASE GIVE ME ANOTHER BOOK." He has donated more than one million books to students and soldiers and has over 400 Teacher Education Scholarships at 24 colleges and universities. He has also donated millions to independent bookstores and school libraries. James will be investing his proceeds from the sales of JIMMY Patterson Books into pro-reading initiatives.
Loading...
or
Not Currently Available for Direct Purchase