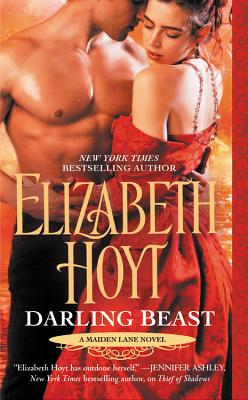 Falsely accused of murder and mute from a near-fatal beating, Apollo Greaves, Viscount Kilbourne has escaped from Bedlam. With the Crown's soldiers at his heels, he finds refuge in the ruins of a pleasure garden, toiling as a simple gardener. But when a vivacious young woman moves in, he's quickly driven to distraction . . .

London's premier actress, Lily Stump, is down on her luck when she's forced to move into a scorched theatre with her maid and small son. But she and her tiny family aren't the only inhabitants-a silent, hulking beast of a man also calls the charred ruins home. Yet when she catches him reading her plays, Lily realizes there's more to this man than meets the eye.

OUT OF ASH, DESIRE FLARES

Though scorching passion draws them together, Apollo knows that Lily is keeping secrets. When his past catches up with him, he's forced to make a choice: his love for Lily . . . or the explosive truth that will set him free.

"Richly drawn characters fill the pages of this emotionally charged mix of mystery and romance."—Publishers Weekly on Duke of Midnight

"4 1/2 Stars! Top Pick! There is enchantment in the Maiden Lane series, not just the fairy tales Hoyt infuses into the memorable romances, but the wonder of love combined with passion, unique plotlines and unforgettable characters. In Duke of Midnight, Hoyt takes a stiff, cold duke - think Batman - and turns him into a vulnerable hero, then pairs him with a bold, unconventional tigress of a heroine so they can fight together. If the end is any indication, Hoyt's ready to gift us with more."—RT Book Reviews

"I adore the Maiden Lane series, and this fifth book is a very welcome addition to the series . . . [It's] sexy and sweet all at the same time . . . This can be read as a standalone, but I adore each book in this series and encourage you to start from the beginning."—USA Today's Happy Ever After Blog

"Lord of Darkness is classic Elizabeth Hoyt, meaning it's unique, engaging, and leaves readers on the edge of their seats, waiting for the next book . . . an incredible addition to the fantastic Maiden Lane series. I Joyfully Recommend Godric and Megs's tale, for it's an amazing, well-crafted story with an intriguing plot and a lovely, touching romance that I want to enjoy again and again and again . . . simply enchanting!"—JoyfullyReviewed.com

"Beautifully written . . . a truly fine piece of storytelling and a novel that deserves to be read and enjoyed."—TheBookBinge.com

The winters in Minnesota have been known to be long and cold and Elizabeth is always thrilled to receive reader mail. You can write to her at PO Box 19495, Minneapolis, MN 55419 or email her at Elizabeth@ElizabethHoyt.com.
Loading...
or support indie stores by buying on
(This book is on backorder)