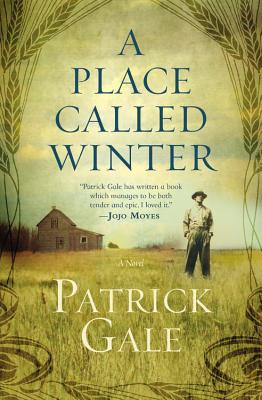 "Patrick Gale has written a book which manages to be both tender and epic, and carries the unmistakable tang of a true story. I loved it." -- Jojo Moyes

A privileged elder son, and stammeringly shy, Harry Cane has followed convention at every step. Even the beginnings of an illicit, dangerous affair do little to shake the foundations of his muted existence - until the shock of discovery and the threat of arrest cost him everything.

Forced to abandon his wife and child, Harry signs up for emigration to the newly colonised Canadian prairies. Remote and unforgiving, his allotted homestead in a place called Winter is a world away from the golden suburbs of turn-of-the-century Edwardian England. And yet it is here, isolated in a seemingly harsh landscape, under the threat of war, madness and an evil man of undeniable magnetism that the fight for survival will reveal in Harry an inner strength and capacity for love beyond anything he has ever known before.

In this exquisite journey of self-discovery, loosely based on a real life family mystery, Patrick Gale has created an epic, intimate human drama, both brutal and breathtaking. This is a novel of secrets, sexuality and, ultimately, of great love.


Praise For A Place Called Winter…

"Absorbing, moving and beautifully written, with echoes of EM Forster which I found especially enjoyable."—Amanda Craig

"Beautifully structured around the warmest of warm hearts, but it's also
run through with something new: a devastating chill of loss, fear and
exile which keeps you shaking your head and biting your lip in concern
and shame and disbelief."—Louisa Young

"A tender tale of loss and love"—Sunday Times

Patrick Gale was born on the Isle of Wight in 1962. He spent his infancy at Wandsworth Prison, which his father governed, then grew up in Winchester. He now lives on a farm near Land's End. He's a passionate gardener, cook, and cellist and chairs the North Cornwall Book Festival each October. His fifteen novels include A Perfectly Good Man and Notes From an Exhibition -- both of which were Richard and Judy Bookclub selections -- The Whole Day Through, and Rough Music. His latest, A Place Called Winter, draws intriguingly on his family history. You can find out more on his website www.galewarning.org.
Loading...
or
Not Currently Available for Direct Purchase