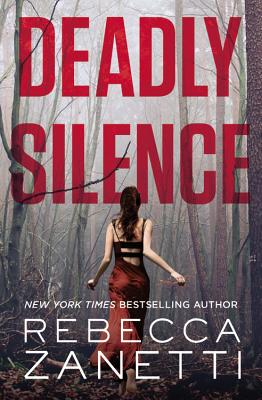 "Zanetti balances the adventure and menace of Zara and Ryker's lives with a relatable romance. The result is a story that's sexy and emotional, and filled with a rich look at love in all its forms."—Washington Post on Deadly Silence

"TOP PICK! 4 1/2 STARS! Emotionally charged and sexy action-packed thriller. It doesn't get better than this!"

"Budget your time, readers, because this is one that's hard to put down."—HeroesandHeartbreakers.com on Deadly Silence

"Rebecca Zanetti is on fire. Her last few books are some of her very best and she continues that streak with this book. When I think about this book words like 'intense' and 'fierce' come to mind."—Scandalicious on Deadly Silence

"TOP PICK! 4 1/2 stars! Hang on as Zanetti whisks you into a world of danger, passion and treachery!"
---RT Book Reviews on Blind Faith

"WOW! I could not put Blind Faith down. [It] is a fast-paced, actionpacked thriller that will have you on the edge of your seat the whole time."
--- Freshfiction.com

"TOP PICK! 4 1/2 stars! Filled with twists and turns and a heaping dose of adrenaline, Zanetti takes readers on a ride they won't soon forget!"
--- RT Book Reviews on Sweet Revenge


"Fans of romantic suspense will enjoy the twists and reversals that Zanetti puts her protagonists through."
--Publishers Weekly on Forgotten Sins


"I'm completely captivated!...bring on the next book!"
--RomanceJunkiesReviews.com on Forgotten Sins