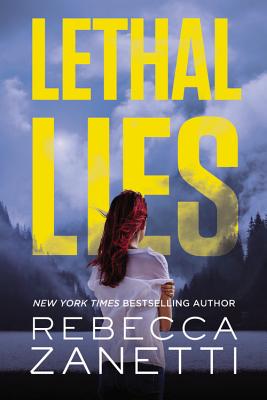 From the New York Times bestselling author of the Dark Protectors series comes a sexy romantic suspense about a woman determined to solve her sister's murder and the only man she can trust with long-buried family secrets.

Revenge. It's the only thing that will help Anya Best sleep at night. The serial killer who murdered her sister is on the loose, and Anya will stop at nothing to put him behind bars -- even use herself as bait to lure him out of hiding. But she can't do this alone.

Private investigator Heath Jones's job is to bring bastards to justice. This time it's personal. He knew the Copper Killer's latest victim so when her sister asks for his help, he's all in. But when Anya uses the media to taunt the killer, she exposes Heath's identity, putting them both in jeopardy. Now, secrets buried long ago are coming to light and the forces determined to destroy him are watching Heath's every move, waiting to exact their own revenge. And they'll use anything and anyone to get to Heath.

"LETHAL LIES is suspense-filled, action packed with a romance that has just the right amount of steamy."
—FreshFiction.com

"Top Pick! 4 1/2 stars! Zanetti's brilliance at storytelling is on full display as she deftly explores the current hunt for a serial killer while weaving in the unending danger shadowing the hero. When it comes to high-octane thrillers, they don't get better than Zanetti!"
—RT Book Reviews on Lethal Lies

"A thrilling, action-packed suspense that will draw readers in from the first page. Readers of romantic suspense and fans of Rebecca Zanetti shouldn't miss this one."
—Harlequinjunkie.com