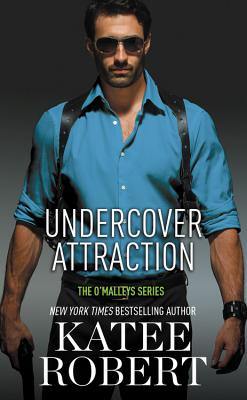 "The O'Malley series is one of my all-time favorites. The stories are fast-paced, gritty, sexy and downright riveting." -USA Today Happy Ever After
Scandal. Wealth. Power. Seduction. Welcome to the world of the O'Malleys.
Ex-cop Charlotte Finch used to think there was a clear line between right and wrong. Then her fellow officers betrayed her, and the world is no longer so black and white. Especially when it's Aiden O'Malley, one of the most dangerous men in Boston, who offers her a chance for justice. The only catch: she'll have to pretend to be his fiancée for his plan to work.
Aiden can't afford to let anyone see the man behind the mask. To run the O'Malley empire, he has to be cool and controlled at all times. But the moment he meets Charlie, they're playing with fire. Her slightest touch is enough to send him over the edge. At first their "engagement" was a way to eliminate his enemies. Now he'll do whatever it takes to keep her safe-- even if he has to destroy his own family to do it.
More in the O'Malleys series:
THE MARRIAGE CONTRACT
THE WEDDING PACT
AN INDECENT PROPOSAL
FORBIDDEN PROMISES
THE BASTARD'S BARGAIN

Katee Robert is a New York Times and USA Today bestselling author who learned to tell stories at her grandpa's knee. Her novel The Marriage Contract was a RITA finalist, and RT Book Reviews named it "a compulsively readable book with just the right amount of suspense and tension." When not writing sexy contemporary and romantic suspense, she spends her time playing imaginary games with her children, driving her husband batty with what-if questions, and planning for the inevitable zombie apocalypse.

"The story is packed with all the action, scandal, sexual tension, and family drama you could ask for, and I, for one, loved it."
—All About Romance on Undercover Attraction

"UNDERCOVER ATTRACTION is an amazing read...so addictive I want another fix."—Fresh Fiction

"Robert combines strong chemistry, snappy plotting, and imperfect yet appealing characters... This installment is easily readable as a standalone, and it's a worthy addition to a sexy series."—Publishers Weekly on Undercover Attraction

"A definite roller coaster of intrigue, drama, pain, heartache, romance and more. The steamy parts were super steamy, the dramatic parts delivered with a perfect amount of flare."

—A Love Affair with Books on The Marriage Contract

"This series is a hit all around, I'm already loving it."—The Book Cellar
or
Buy Here
Copyright © 2020 American Booksellers Association