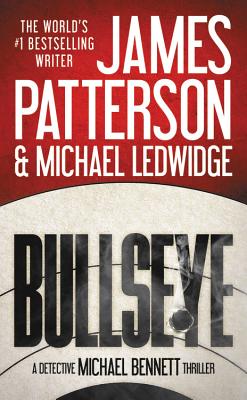 In a stunning thriller from the world's #1 bestselling writer, New York Detective Michael Bennett is caught in the crossfire of a deadly standoff, and he must kill . . . or be killed.
Snow blankets the avenues of Manhattan's exclusive Upper West Side. The storm is the perfect cover for a fashionable, highly trained team of lethal assassins as they prowl the streets, hunting their prey. But their first hit is simply target practice. Their next mission may very well turn the Cold War red-hot once again.
Stepping directly into the line of fire, the President of the United States is in New York for a summit at the United Nations with his Russian counterpart. Pulled away from his family and pressed into service, Detective Michael Bennett must trace the source of a threat that could rip the country apart and ignite a war that would shock the world. With allegiances constantly in doubt and no one above suspicion, only Bennett can save the president-and the country-before the assassins' deadly kill shot hits its mark.

James Patterson received the Literarian Award for Outstanding Service to the American Literary Community at the 2015 National Book Awards. Patterson holds the Guinness World Record for the most #1 New York Times bestsellers. His books have sold more than 325 million copies worldwide. He has donated more than one million books to students and soldiers and has over four hundred Teacher Education Scholarships at twenty-four colleges and universities. He has also donated millions to independent bookstores and school libraries.
Loading...
or support indie stores by buying on
(This book is on backorder)